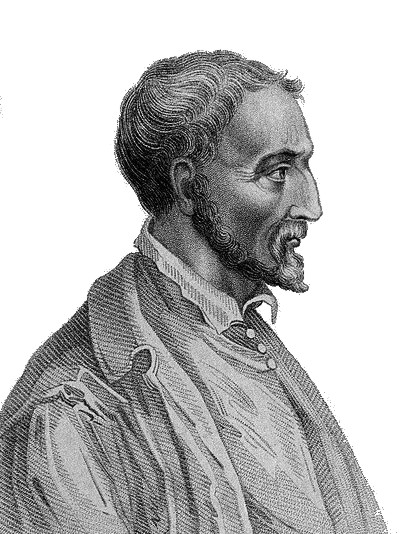 This article is the second of three a looking into the development of probability theory, an important theory for the development of our industry. In the first part (link), I discussed how until the late 15th Century, our forbears thought that the future was in the “lap of the gods” and could not be predicted, despite what might have been obvious clues.

It was late in the 15th Century that people started to ask what was the fairest way to split the pot in a “best of X goes” game if the game was stopped before either player had reached the requisite number of goes; “the problem of the unfinished game”. Luciana Paciolli argued that the pot should be split according to the number of goes each player had won. If, in a best of six tosses of a coin, Player A had won 5 and Player B had won 2, the plot should be split 5/7 to Player A and 2/7 to Player B. True it was a method but we now know to be hardly fair.

Almost half a century later in 1539, Gerolamo Cardano suggested that the fairest way was to look forward rather than backward, to predict all of the possible outcomes and split the pot according to the proportion of the number of times each would have won, had the game gone to completion. This, in my opinion, was a pivotal moment. The first time someone had thought to look forward and see what might be; the future was no longer in “the lap of the gods” but predictable. Sadly, the book with his examination of the matter was not published until almost 130 years later, well after his death.

It was probably because the book was written as advice to gamblers and was not published until 1663, after the famous letters of Fermat and Pascal that it has generally been discounted as a treatise on probabilities by the mathematical community. It didn’t help that Cardano did not see it as such, he saw it as a book with advice to gamblers.  However, within his writings about the advantages of gambling, about cheating and why gambling was condemned by Aristotle, there are significant advances in probability theory.

So, who was Gerolamo Cardano and how did he arrive at this method to solve the problem of the unfinished game? Cardano was born in Pavia in 1501, the (possibly illegitimate) son of Fazio Cardano, a prominent Milanese lawyer. The reason he was born in Pavia and not Milan was that the plague had recently arrived in Milan and his mother decamped to relatives in Pavia to give birth to Gerolamo in a plague free town. Although his father was a lawyer, as was common in those times, he also studied the medieval sciences, medicine, mathematics and the occult. His passion was geometry and Fazio became quite famous; Leonardo da Vinci has written that he consulted Fazio Cardano about geometric problems a few times.

The young Cardano was extremely intelligent and despite his father’s insistence that he study law, he was allowed to go to the University of Pavia to study medicine.  At the time Italy was, as was most of Europe, engulfed in a war between Emperor Charles V of Spain and King Francis I of France, which forced the closure of the University soon after he arrived. He managed to get a place at the University of Padua, which was under the protection of Venice and remained open.

He proved to be a brilliant student and made a name for himself performing well in the public “disputes” of the time. Academics would argue their positions on various scientific topics in front of a public audience. He won a vote to become the Rector of the University, without realising this was a poisoned chalice. Although once a very important position, by the time Cardano won the position had no income, no power and the Rector was obliged to entertain the students, a not inconsiderable expense.

It was at this time that Cardano’s father died and left him a small income which he needed to supplement. He had had some success at gambling and threw himself headlong into it, he gambled every day and although he neglected his studies he was able to earn a living from his gambling.

During his life Cardano got into many fights and was known to cut people with a knife if he thought they had cheated him. He had a long running feud with another mathematician, Tartaglia over divulging the secret of solving cubic equations; Tartaglia believed Cardano had divulged the method counter to their agreement to keep it private.

Cardano was also an inventor, some of which are still used today. He invented a stabilising device for carriages to make journeys more comfortable, today it used as a suspension device for a ship’s compass, to stabilise it during a voyage. It was developed and became the universal joint that is used in cars and in some countries is known as a “cardan”.

Gambling at the time encompassed skill games (chess for money), games partially dependent on skill (backgammon), and games of pure chance (dice games like Hazard – an old form of craps) and a new arrival, card games. The chess of the times was a fast and furious form of speed chess and Cardano excelled, so much so that many refused to play with him. The most popular form of card game in Europe in the Middle Ages was “primero”, although the rules have been lost it appears to be a precursor to modern poker. Primero took many forms, almost every city had a version that was predominant. What can be ascertained is that it was a game where players bid various hands and were able to exchange cards in order to make a winning hand.

Cardano decided to write a book, Liber de Ludo Aleae (The Book on Games of Chance) as an instruction book for gamblers. According to his memoirs there were four volumes, the first three dealing with chess and games like backgammon, but somehow these were lost, possibly he burnt them before his death and only the volume on dice and card games survived.

Although the book does discuss the “probabilities” of dice and card combinations, it dwells a great deal on when to play, who with and the effects of gambling. Apparently, gambling produces “kindly feelings”, is useful in times of melancholy but warns lawyers that they “gamble at a disadvantage”; if they win they are called gamblers and if they lose people may think they are no better at being a lawyer than they are a gambler – my lawyer friends take note!

Cardano at first started to examine dice rolls, he noted that the rolls of one dice was of no practical use; there were no gambling games that used one dice. He showed that there were 36 possible combinations of two dice and importantly that the “probability” (that was not the word he used) of a particular combination coming up would be the number of that particular combination out of the total number of combinations divided by the total number of combinations (36). For example, there are two ways to roll a total of three, a 2 and a 1 (2:1 and 1:2). Therefore, the probability of rolling this combination is 2 divided by 36 or 1/18. He further understood that the probabilities of two linked outcomes are the product of their respective probabilities. To roll two dice twice and to get a combination of a 2 and a 1 followed by a combination of a 6 and a 5 is 1/18 multiplied by 1/18 or 1/324.

Some of the gambling games with dice at the time involved a player bidding that certain numbers would come up on the next roll of the dice. A player might bid 3 ducats (the currency of the time) that they would get a 1, 2 or a 3 on either dice. Cardano calculated what he called “equality”, how much someone should bid against that bid to be even after a “circuit”, theoretically where all the possibilities would come up once.

He correctly showed that the there are 11 possibilities of throwing a 1 on either dice, an additional 9 ways for a 2 (ignoring 1:2 and 2:1 that was already accounted for) and 7 ways for a 3 (ignoring 1:3, 3:1, 2:3 and 3:2) and these should be summed to calculate the probabilities. The combinations that are ignored are those that have already appeared in the previous totals. Therefore, there are 27 ways a 1, 2 or a 3 could come up on one roll of 2 dice out of 36 possible outcomes, or 27/36 =3/4. And so, for “equality” the other player should bid 1 ducat. “Therefore in 4 throws, if fortune be equal an ace, deuce or trey will turn up three times and only one throw will be without any of them; if, therefore the former were to wager 3 ducats and the other player one, then the former would win three times and gain 3 ducats and the other once and would win 3 ducats.” This was ground-breaking stuff! He was looking forward as to what the possibilities were and predicting the various outcomes. The first known instance of risk management. No one had done this before, or at least had not written about it.

After working out probabilities with three and four dice he turned his investigations to the game of primero. There is one point in the game where there are usually only two players left, all the others having dropped out and one has to declare their hand, the other then has to make a bid and then can exchange cards or declare a “fare al salvare” and split the pot. Cardano, in the first instance, wanted to know how much the person should bid for “equality”, in other words what was the probability that after exchanging they could beat the declared hand or in the event of the “fare al salvare” how the pot should be split to be fair. His calculations, for the scenarios he detailed were spot on.

He understood that the probabilities of obtaining cards of a certain suit or value would change as the cards were drawn and discarded. Nearly all his calculations for dice and primero were accurate except for a simple mistake calculating odds for backgammon, which he later corrected. Cardano was trying and mainly succeeded in developing a systematic approach to solving questions of probabilities for these games but was not credited for it during his life.

It wasn’t until 1654, 115 years later and 9 years before Cardano’s volume was published, that Blaise Pascal and Pierre de Fermat, two brilliant French mathematicians picked up the problem of the unfinished game and in a series of letters over two years, developed probability theory further still. More on that in my next article.

This website uses cookies to improve your experience while you navigate through the website. Out of these, the cookies that are categorized as necessary are stored on your browser as they are essential for the working of basic functionalities of the website. We also use third-party cookies that help us analyze and understand how you use this website. These cookies will be stored in your browser only with your consent. You also have the option to opt-out of these cookies. But opting out of some of these cookies may affect your browsing experience.
Necessary Always Enabled

Any cookies that may not be particularly necessary for the website to function and is used specifically to collect user personal data via analytics, ads, other embedded contents are termed as non-necessary cookies. It is mandatory to procure user consent prior to running these cookies on your website.