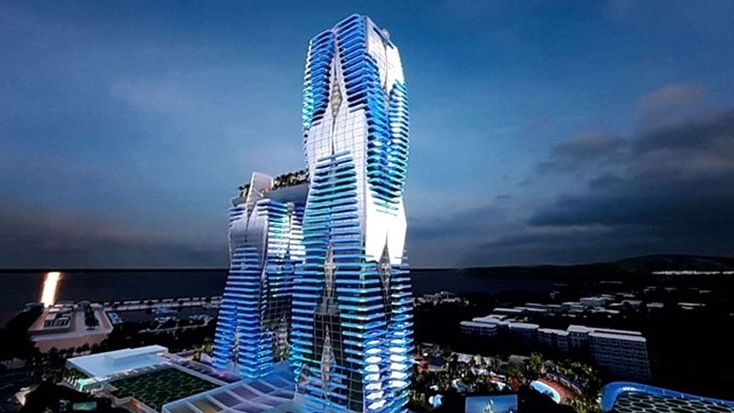 I recently participated in an online discussion about integrated resorts (IR) in Europe. The theme of the discussion was whether IRs would be successful in Europe, given that there aren’t any.  Because this is a topic that requires a more detailed review, this article will be in two parts. This first part discusses what an integrated resort is and its economics.

An integrated resort is a resort with a significant range of activities, including retail, spas, health clubs, pools, nightclubs, bars, restaurants, lounges, showrooms, significant conference and exhibition space and, of course, a casino. An IR is not a resort where the casino is just another amenity, nor is it just a big casino. The important thing is that there are many things to see and do in the IR, but the casino is the main attractor.

The idea behind a successful IR is that all of the main activities are in close proximity. A couple on their way to the showroom might see an interesting restaurant and decide to eat there after the show; after eating in the restaurant, they sit in the one of the bars and people watch for a while; then they walk past the casino and decide to gamble. Another couple might come for the weekend to gamble, but during their stay see a show, eat in the restaurants, have some drinks in the bar and use the spa.

The main activities in an IR need to be near one another in order to avoid “leakage”. An example of leakage is when a patron parks his car, walks to the showroom and sees the show, then returns to parking lot and leaves. He and does not have to pass any other spending opportunity on the way in or out. By allowing customers to bypass the different activities, revenue per visitor is not maximised.

Carnival was the first cruise company to embrace casino gambling and put the casino in the centre of the ship. It was difficult to get anywhere on the ship without passing or crossing the casino. Carnival’s total revenue per guest was higher than comparable cruises.

Also critical is the scale of the IR, whereby the size and range of activities create their own demand. An analogy would be the difference between a travelling fair, a county show and a modern theme park. A travelling fair might attract people living within a couple of miles, and the county show attracts from a slightly larger radius, but a theme park can attract international visitors.

The same is true of retail. For example, Bluewater in Kent (a county in southern England) is so large (a sales area of 154,000 square metres) that this retail mall attracts (or did before COVID-19 struck) people from France, Belgium, the Netherlands, and Germany. An IR needs to attract customers internationally.

IRs are expensive to build. Hotel rooms are upwards of €400,000 per room, depending on quality and land; also, construction costs in Europe are high. You are unlikely to get much change from €1 billion building one today.

It is true that the casino might make up only about 5% of the total floor area in the IR, but the casino is the economic engine that provides the return on investment. Without the casino, none of today’s integrated resorts could survive.

The revenue from gaming in the resorts on the Las Vegas Strip is less than 40% of total revenue. However, and this is important, it makes up in some cases more than 70% of the EBITDA. The cost of building and fitting out the casino is, compared to the hotel and related activities, relatively inexpensive, meaning that the return on investment for the casino is disproportionately larger than for the other facilities.

The showroom and meeting space rarely make anything like a reasonable return. It’s no accident that most major exhibition and conference facilities in Europe are owned by state or municipal governments. They are not commercial enterprises; governments invest in them because they drive visitation to the host city and augment the local economy.

But MICE (meeting, incentive, conference, and exhibition) space is important for an IR. While leisure tourism peaks at weekends and during the holiday season, the conference and exhibitions business neatly fills the rooms and creates demand for the other amenities during the week and the off-peak season.

An IR may have 1,000 rooms or more, which could mean an average of 1,750 people staying at the resort on any one night if each room is occupied (an average occupancy of 1.75 people per room). Let’s be generous and say that the year-round occupancy for the resort is 80%, the operator needs vastly more than 1,400 people per day to make a return. So where do these other people come from? Hopefully, they fill additional room inventory at nearby hotels and resorts and are customers from the local population.

When Steve Wynn opened the Mirage, the first, modern-day, integrated resort, in 1989 at a cost of $630 million, Las Vegas was already attracting over 20 million tourists a year and had significant room inventory on and around the Strip. His task was to lure those people staying elsewhere into his new resort to spend their money, which he did by building a volcano outside that erupted every 15 minutes. Once outside having seen the eruption, the tourists flocked inside to see what other delights might be in store. Over the next decade, ten more megaresorts were built on the Strip.

Singapore and Macau have successfully introduced IRs and you could argue that they do not have particularly large local populations, but both enjoy supra-regional monopolies on casino gambling, especially Macau. Macau sits across the water from Hong Kong, while Guangdong province, the closest Chinese province with a population of over 110 million, is located less than 70 miles away. Sands Macau opened in 2004 and was not an integrated resort. It did not need all the other facilities; there was sufficient demand without them. The original cost was $240 million and the payback was measured in months, not years. Even today, it has less than 300 rooms.

Today, because of government policy and increasing competition, the resorts in Macau need all of the usual additional amenities that you would find in Las Vegas or Singapore to attract customers to play. Similar to Las Vegas, Macau has a critical mass of IRs and is becoming a destination in its own right.

The closest legal casino to the Genting’s Resort World and Marina Bay Sands in Singapore is in Kuala Lumpur and there is only one; if you want to gamble in that entire region, you have only three casinos to choose from. Asia has a population with a very high propensity to gamble and given that in the region around Singapore there are only three casinos, it is no wonder they are tremendously successful.

I believe three things make for a successful IR: a resort with the scope of activities and scale to attract visitors from far and wide; a location with sufficient existing hotel rooms where gamblers can stay; and a reasonably large local population who will gamble in the casino, but do not require all of the other expensive bells and whistles that you will find in an IR.

Part Two in the next newsletter will address my thoughts on whether IRs can succeed in Europe.